Back Truck Touch Up Paint

Automotive Touch Up Paint For Your Truck

Organised by the Heavy Vehicle Industry Australia (HVIA) formerly the Commercial Vehicle Industry Association of Queensland since its inception in 1968, the Brisbane Truck Show is recognised as the Australian transport industry’s premier event.

Held every two years, the Brisbane Truck Show attracts more than 300 exhibitors and up to 40,000 attendees over the four days of entry. Exhibitor displays will showcase the latest in heavy vehicles, technology, engineering and innovation.

The HVIA is dedicated to the continuous development of the show and in maintaining its status as Australia’s Premier Event – the event that attracts the highest calibre of industry buyers and attendees providing maximum return on investment for the industry.

The Brisbane Truck Show also plays an important role supporting the Queensland economy. In 2015 HVIA commissioned the AEC group to conduct an Economic Impact Assessment of the 2015 show.

The results for the industry’s premier event are outstanding:

Over its duration, the Brisbane Truck Show attracted 56.5% of its visitors from outside of Brisbane, whilst 28% of those transited from interstate and 14.5% internationally.

Even more impressive is the huge impact the show contributed to the local and State economy, generating:

The equivalent of 269 full time employment positions or 18.7 million in paid wages and salaries.

Adding an additional expenditure of over 70.1 million dollars in output into the Queensland economy

Contributed a boost in the Gross State Product (GSP) of 34.5 million dollars

The Brisbane Convention and Exhibition Centre (BCEC) is home to the Brisbane Truck Show, which offers exhibitors and visitors total all-weather protection, the most professional convention and meeting room facilities, and walking distance access to the best hotels and restaurants within Brisbane’s CBD and South Bank precinct, further underline its standing as a world class industry event.

The Brisbane Truck Show occupies all three levels of the centre making it the biggest event to be held at the BCEC since its opening in 1995.

The clear advantages of using the BCEC to host the Brisbane Truck Show are obvious and compelling:

The BCEC was named as the 2016 World’s Best Convention Centre! The announcement was made at the Annual General Assembly of the International Association of Congress Centres (AIPC) in Nantes, France.

Full undercover exhibition facility with the most efficient layout maximizing exhibitor space while reducing the overall footprint. Available exhibition space is comparable with the largest showgrounds but with superior layout and facilities.

Dozens of professional meeting, seminar and function rooms to cater from 20 to 2000 people.

The world famous South Bank precinct located on the banks of the Brisbane River is the ideal hub for the show and the quintessential location for media launches, corporate events, client functions and entertaining featuring attractions such as the Queensland Art Gallery, Queensland Performing Arts Centre (QPAC) and the Queensland Museum and Maritime Museum to name but a few highlights. 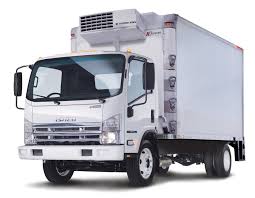 Heavy Vehicle Industry Australia (HVIA) was formed from the Commercial Vehicle Industry Association of Queensland (CVIAQ). Established in 1968 the CVIAQ has been widely recognised by industry, government and affiliated bodies as one of the most active and successful associations in Australia, with a commitment to delivering the best possible outcomes for its members, the heavy vehicle industry and the wider community.

Since the 2011 Intergovernmental Agreement on Heavy Vehicle Regulatory Reform, the National Heavy Vehicle Regulator (NHVR) being established and the Heavy Vehicle National Law (HVNL) taking effect, there has been a greater need for national leadership and coordination. The CVIAQ consulted with its members and with the regulators and other national industry stakeholder groups and in 2015 the CVIAQ Board of Directors agreed that the best way forward was to transition to a national association called Heavy Vehicle Industry Australia (HVIA) the members ratified this change at the Annual General Meeting in October 2015.

The HVIA has adopted a national perspective, bringing in the West, embracing the South, and servicing the heartland of the East. Commencing March 2016 our offices in Perth and Melbourne opened to support our head office in Brisbane:

HVIA provides services and benefits to its membership nationally and delivers a strong and cohesive voice for Australia’s vibrant heavy vehicle industry to government at a local, state/territory and federal levels. 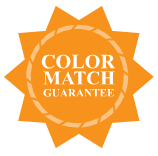 Automotive Touchup Paint sends original perfectly matched colour from a global paint company that manufactures the paints of Mercedes-Benz and other classic popular brands. (Axalta Group Of Companies - Standox) the company is Globally renowned. The colour that is sent to you is an exact match to your vehicle original paint and if in an extraordinary situation that we find that it is not the exact match you are covered by our exact match guarantee and our business will replace the colour at our cost or provide a refund. Rest assured that by using the exact match genuine auto color provided, along with the complete scratch removal products supplied in the kit will perform the job of removing and/or camouflaging all scratches, paint chips and blemishes as shown in our comprehensive video tutorial, it is highly recommended to all users of our car touch up products that these How To paint & repair video and text Master tutorials be viewed prior to applying any paint products to ensure the outcome is successful. Always test your products in an inconspicuous area before commencing touch up repairs. For recipients of our Automotive touch-up paint products.
Shop By Category